Problems with workflow in OJS 3.0

I wonder if someone using OJS 3.0 has any problems with the proceeding of workflow:

I have such a problem with one of our test submissions:

Here is what Copyeditor assigned to the submission sees: 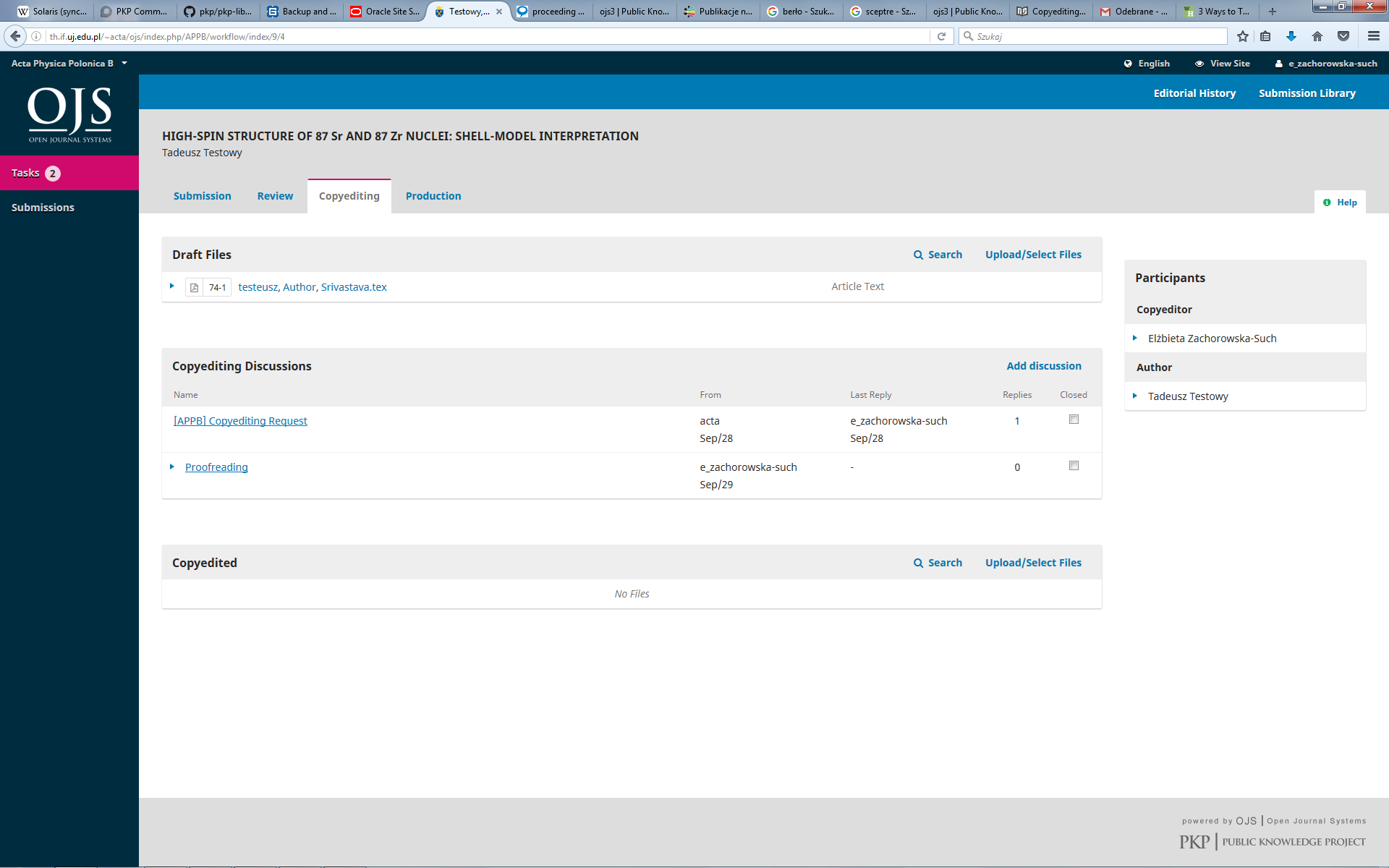 And here is what the author of the submission sees: 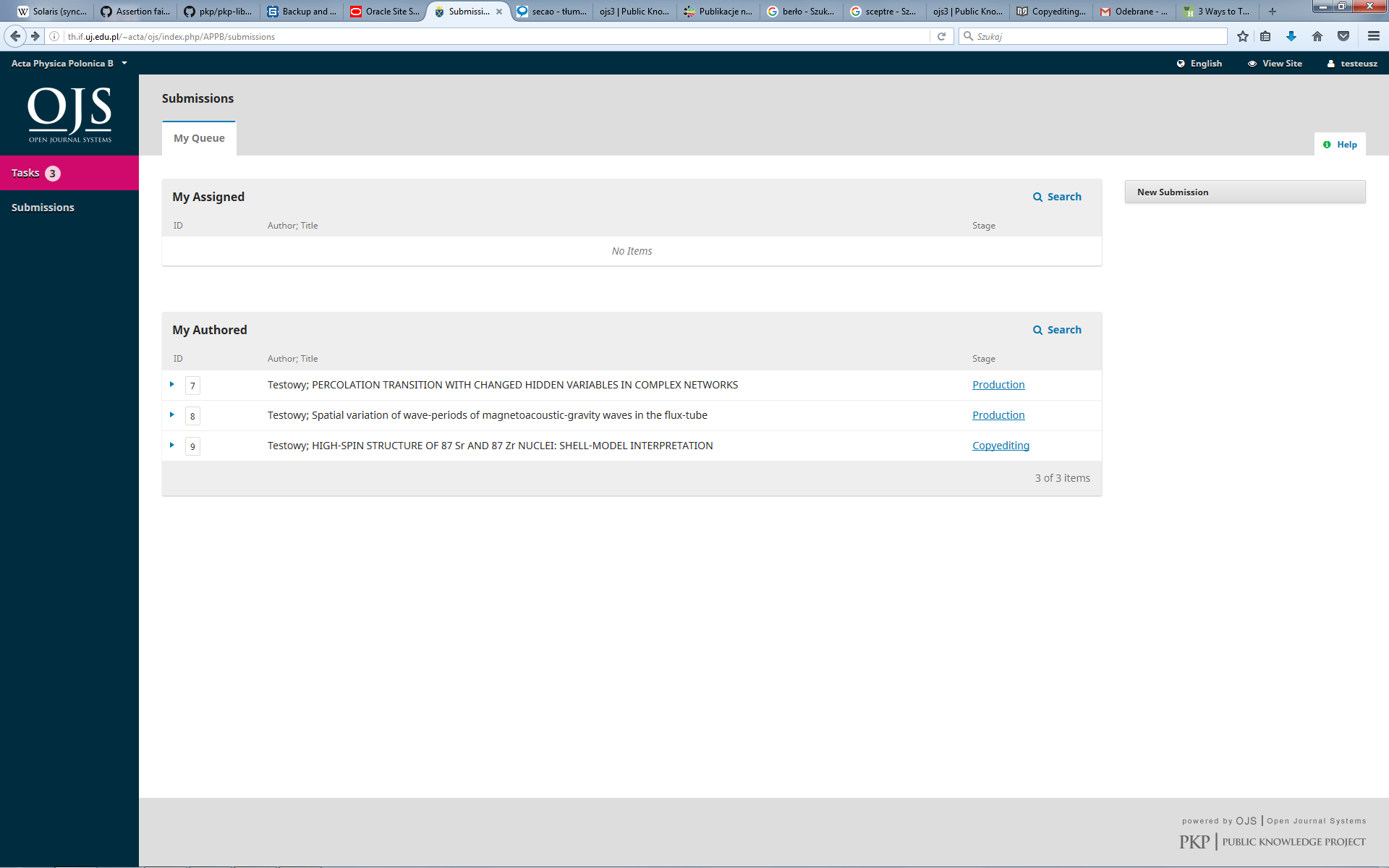 And after the author clicks on the submission’s Copyediting link, he can’t see anything in the Copyediting stage of this submission: 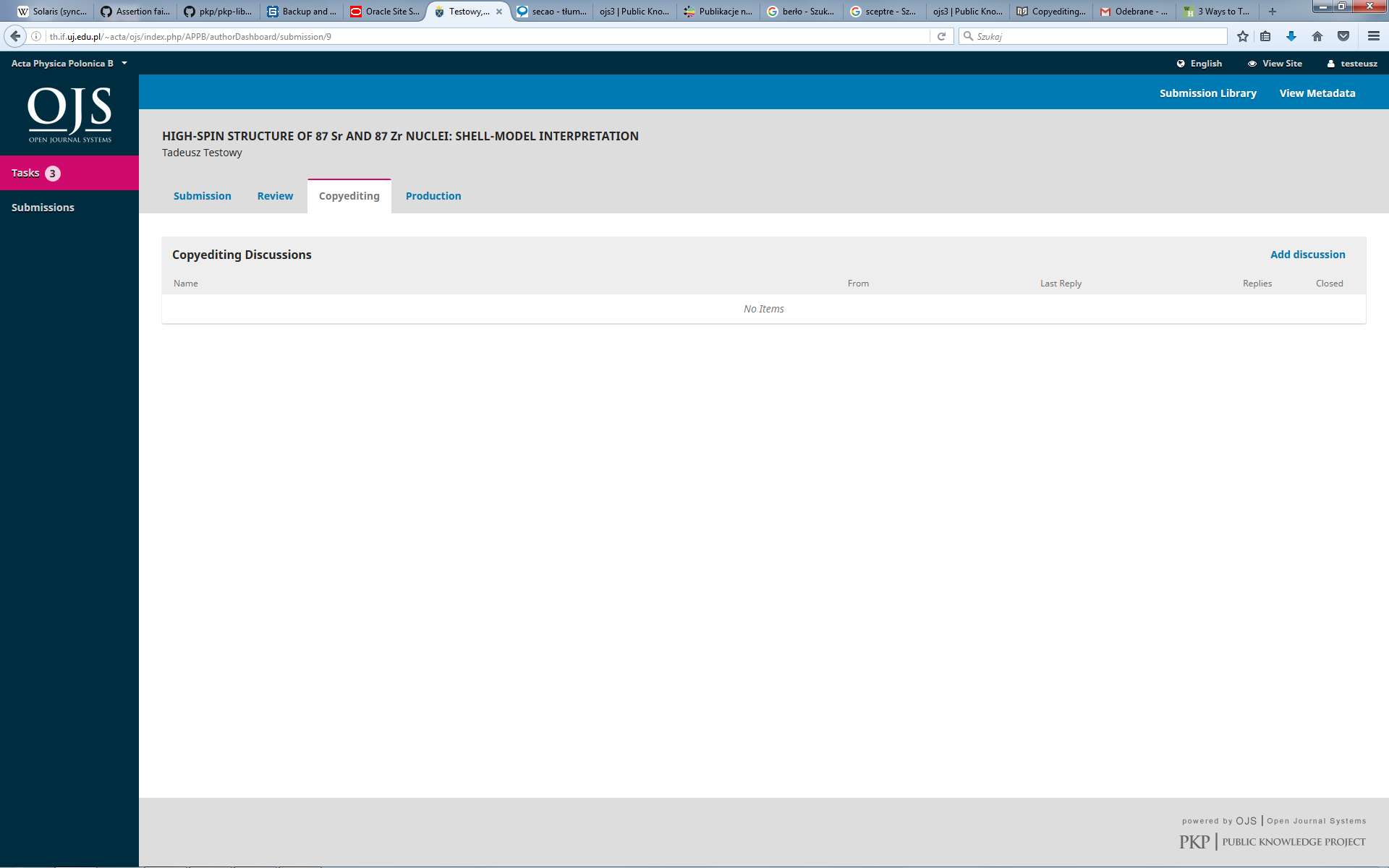 The author role has permissions for all 4 stages of the workflow.

Why is this happening?

I have also a question why the Copyeditor doesn’t have access to the Metadata of the submission (Metadata don’t appear at the right top of the page)?

we always see the Metadata Link on the top right in the Coyediting stage. Seems to be no general problem, mybe installation specific?

So, I just realized that the author should be added to the discussion to see posts.
Here is what I got after adding him as the Copyeditor, but still the submitted file isn’t visible to the author in Draft Files: 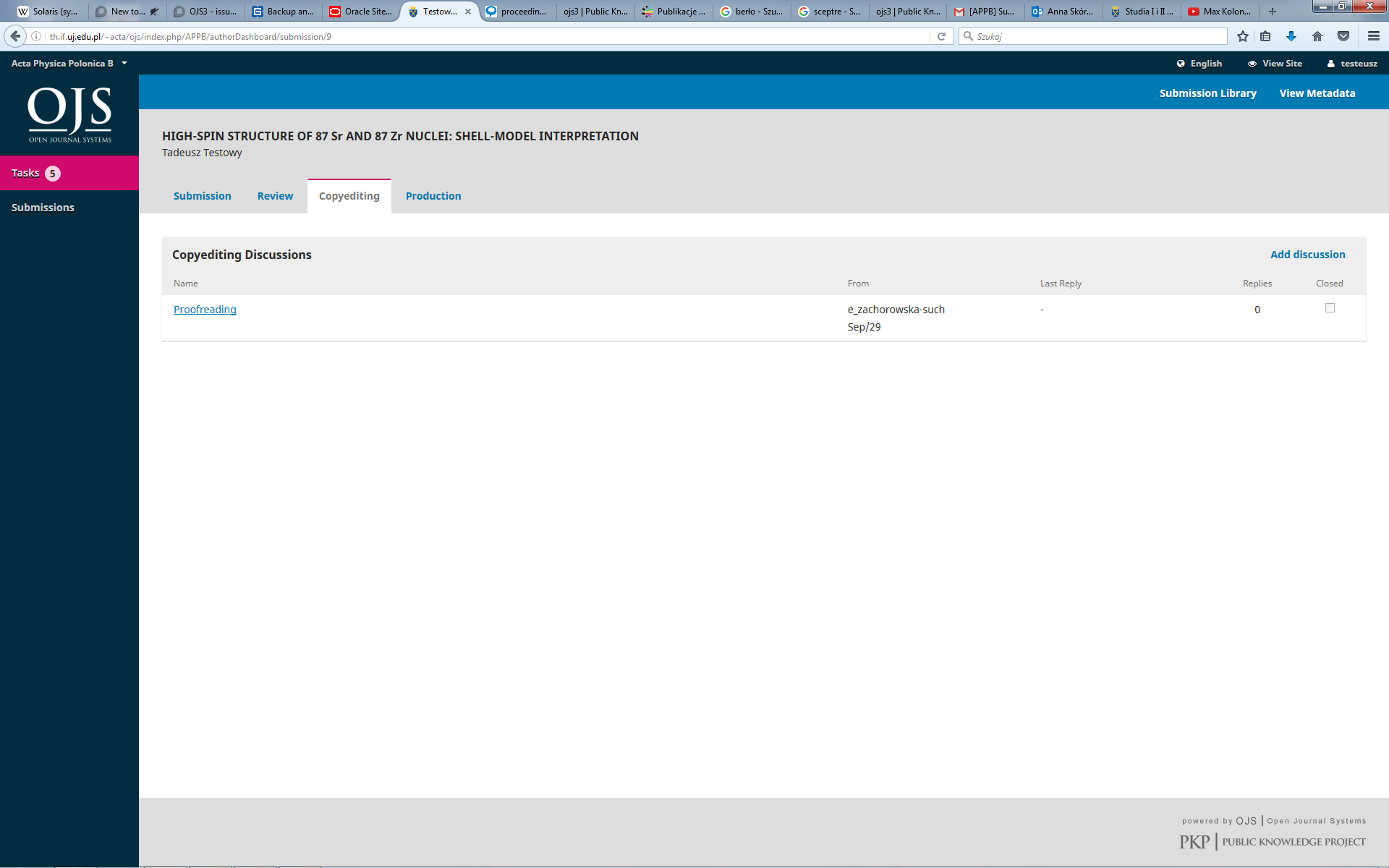 The author will see only those files that were uploaded in Copyditing Discussion panel. Which wasn’t quite obvious to me.

@sabrinaeck, thank you for information,
are you sure you see Metadata when you are logged in as a Copyeditor?
I have to be logged in as Journal Editor to see them

@ania, you are right - copyeditor seems to have no access to the metadata (I was logged in with multiple roles, thats why I could see MD). Even when allowing my copyeditor role to see the production level, Metadata is not available … so good question

we have the same problem: In the state of copyediting there ist no file for copyediting. 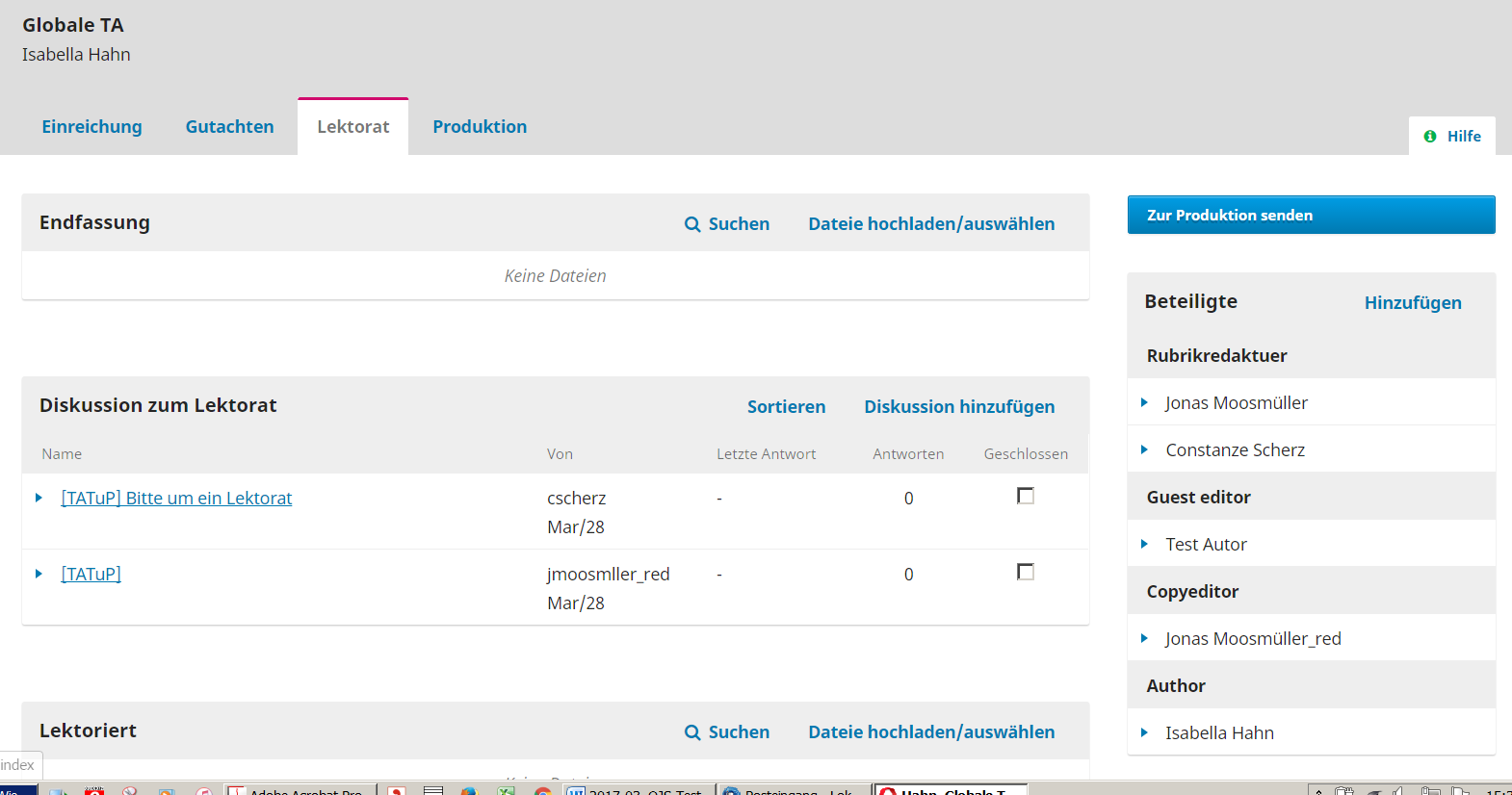 BTW
The german translation of “Draft files” with “Endfassung” is confusing.

Files should get into the Copyediting via one of two mechanisms – either by selecting them in the “Send to Copyediting” modal (this is a source of confusion that we’ll resolve in a forthcoming release) or by uploading them directly to the top list on your screenshot.