OMP problems with display of chapter PDFs in ToC

We have recently published a new book and are attempting to configure download links for PDFs of individual chapters to appear in the listed table of contents, as we have done successfully for other books in the past. As can be seen in that example, the expected outcome is that buttons for individual chapter PDFs appear in the table of contents, while buttons for the whole-book formats appear under the cover in the right-hand column.

We followed the same procedure as before (adjusted for movement of the relevant settings in 3.2), uploading the individual galleys under Publication > Publication Formats and naming each format with the chapter number, 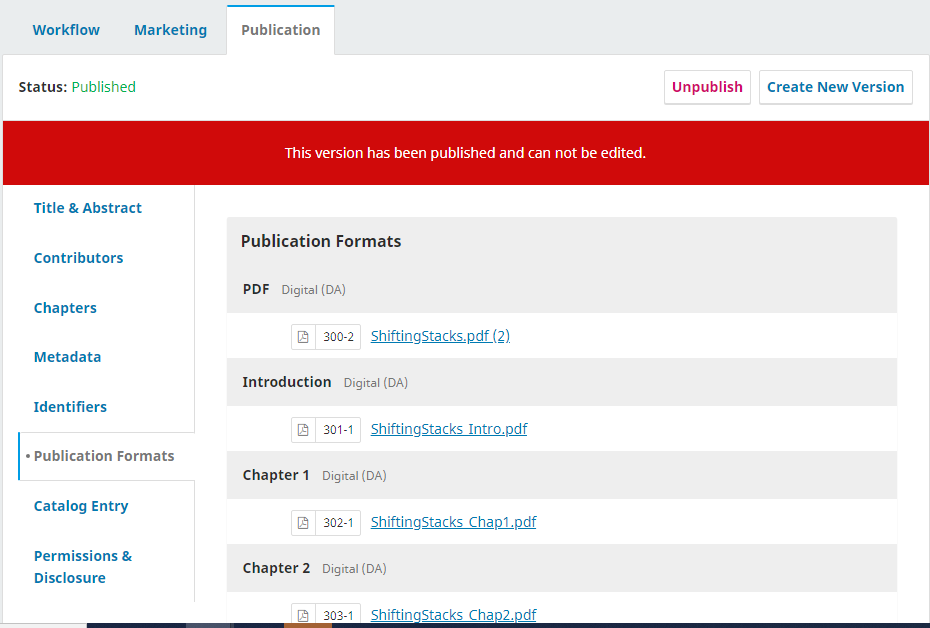 and then associating those files with the chapters under Publication > Chapters.

As the following screenshots show, however, the result is that most chapters appear in the right-hand column, and only one appears in the table of contents: 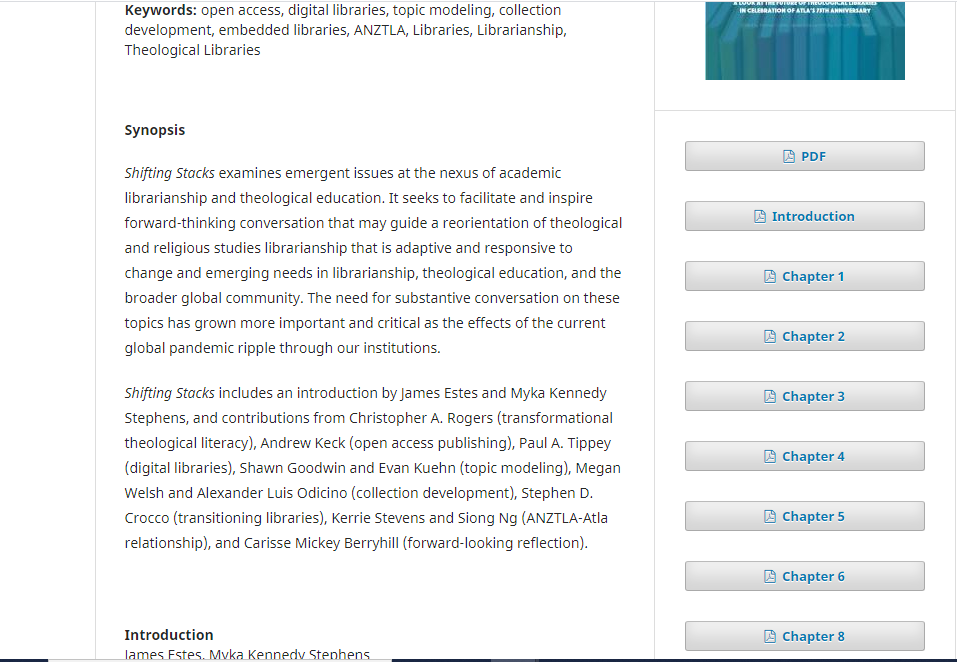 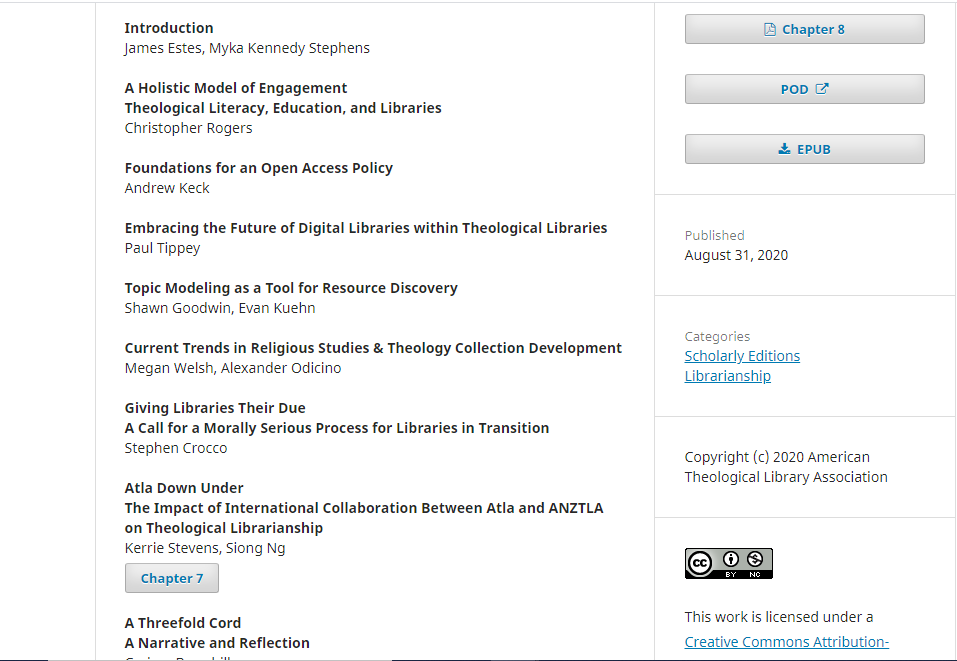 Interestingly, when originally published it was chapter 8 that displayed correctly in the ToC. I then unpublished the book, went through each of the other chapters’ entries in Publication > Chapters and re-associated them with their respective files and re-published, whereupon chapter 7 displayed correctly (as now seen) and chapter 8 was erroneously on the right. I infer from this that my procedure for linking the chapters and files is correct, but that the system is somehow retaining this information correctly only for the last chapter to be associated before publication.

During a test in which I tried uploading the chapter PDFs to Workflow > Production as “Production-Ready Files” and linking them to the chapter metadata from there (rather than making them “Publication Formats”), I did discover that whichever PDF I had last associated to a chapter disappeared from my list of available files, only to re-appear after the next association had been made. In the screenshot below, the files “ShiftingStacks_I” and all numbered “ShiftingStacks_C” files through five had already been associated to chapters. The introduction and C1-4 all appear normally, but C5–being the last-associated file–does not appear in the list. Once I finished associating C6, C5 reappeared but C6 was not on the list when I went to do C7. 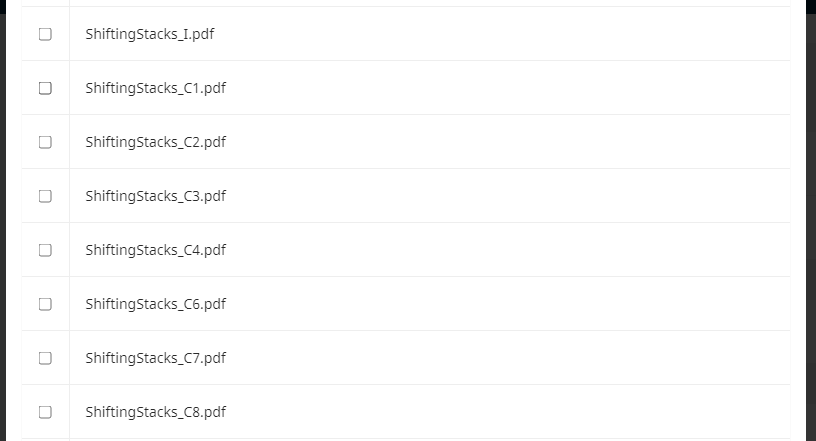 (The result of my experiment with placing the PDFs elsewhere as something other than publication formats, by the way, was that they disappeared from the right-hand column but still failed to show in the ToC.)

If anybody has insight as to why this is not working as it formerly did, we would be very grateful. It has been frustrating to grapple with this once again after having put a great deal of time and effort into figuring it out at our last release.

We had a similar issue, which was resolved in the latest OMP version, just to check before digginn into the details ?

#### Description Chapter file association removes associated files of the res…t of the chapters. #### Reproduce * Add two chapter files from type "Chapter Manuscript" into production stage in workflow. * Create 2 chapters under chapters in Publication. * Associate fist chapter file to the first chapter and save. * Associate second chapter file to the second chapter and save. * Open the fist chapter again and the associated file is no more associated. #### Links * Reported in [forum](https://forum.pkp.sfu.ca/t/problem-of-file-association-with-respective-chapters-in-omp3-2-0-2/59814)

Dear @Dulip_Withanage, @NateWr & @asmecher; Thanks for releasing a new update. I just made a fresh test installation of OMP3.2.0.2 and found the issue in file association as reported in the previous version as well- When we associate a file with any chapter it gets saved but at the same time other files associated with other chapter get removed and hence file can be associated for one chapter only. This problem was already reported by me and others (here & here) in the previous version too. T…

Sorry it took a while, I will look into the problem soon.

That would be very helpful. Thank you!

@Dulip_Withanage, I appreciate your continuing to look into this issue. We have the same problem with the book that we just released, so it continues to be something we very much need a resolution on!