thank you so much for this great piece of software.

What I miss, however, and what might be interesting for a bunch of us, is a feature that allows to give readers the possibility to publicly comment on articles, however in a moderated form.

E.g.: An issue is published, and scientist A reads an article in it, wishing to add a (serious) comment directly linked to the PDF. He / she uses a feedback form; the feedback is mailed to an issue editor and, if approved, published automatically connected to the article … this, and / or a discussion forum would be a very interesting extension IMHO.

Thank you for considering this
cw

Are you using a recent version of OJS? If so, I’d suggest having a look at the Hypothes.is plugin: 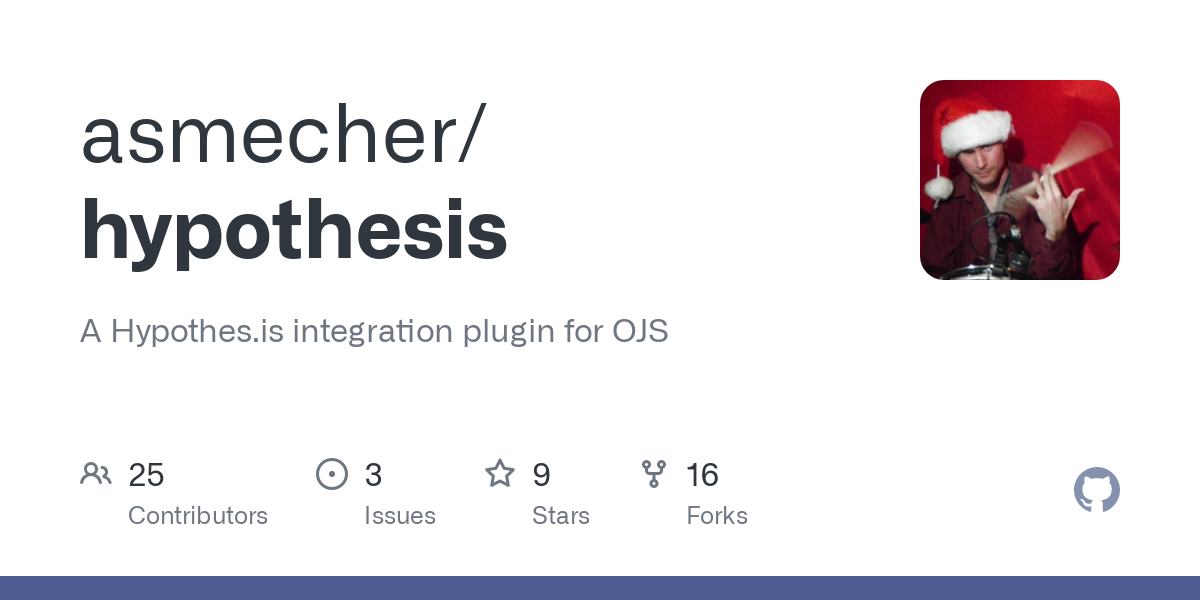 A Hypothes.is integration plugin for OJS. Contribute to asmecher/hypothesis development by creating an account on GitHub.

You asked about the ability for moderated comments on articles- did you try the plugin suggested? Did you like it?

I did download and install it; at the moment we are preparing issue #1 with full throttle so that I had no time yet to try it out. But I will next week and post the result here, so keep in touch!

Hey there, I have installed and tried out the hypothesis plugin as Alec suggested; however, a drawback is that one needs another login to use the plugin - that means that every user of the journal that wants to leave a comment by this way has to have or to create an account there. I am afraid that is too complicated at the moment.

The plugin itself works fine and is surely useful.