When I checked the website, our “Current” link on the Nav bar was still going to the old issue.

In the Back Issues tab, I saw that each past issue has options under it that include: Edit/View/Unpublish/Current Issue/Delete
–EXCEPT my most recent issue. (see screenshot attached)

Now, after about an hour, it updated itself so the Current option on the nav bar does now go to the current issue that I just published this morning – so the delay may have been my site cache; however, in Back Issues tab, I still see no option as Current Issue for that particular issue. I’m wondering why that might be and if there’s something that might have happened in my back end that caused it? I created this issue exactly the same way as I created the last two issues and I don’t see a way to tag an issue in any way as current, other than dating it. 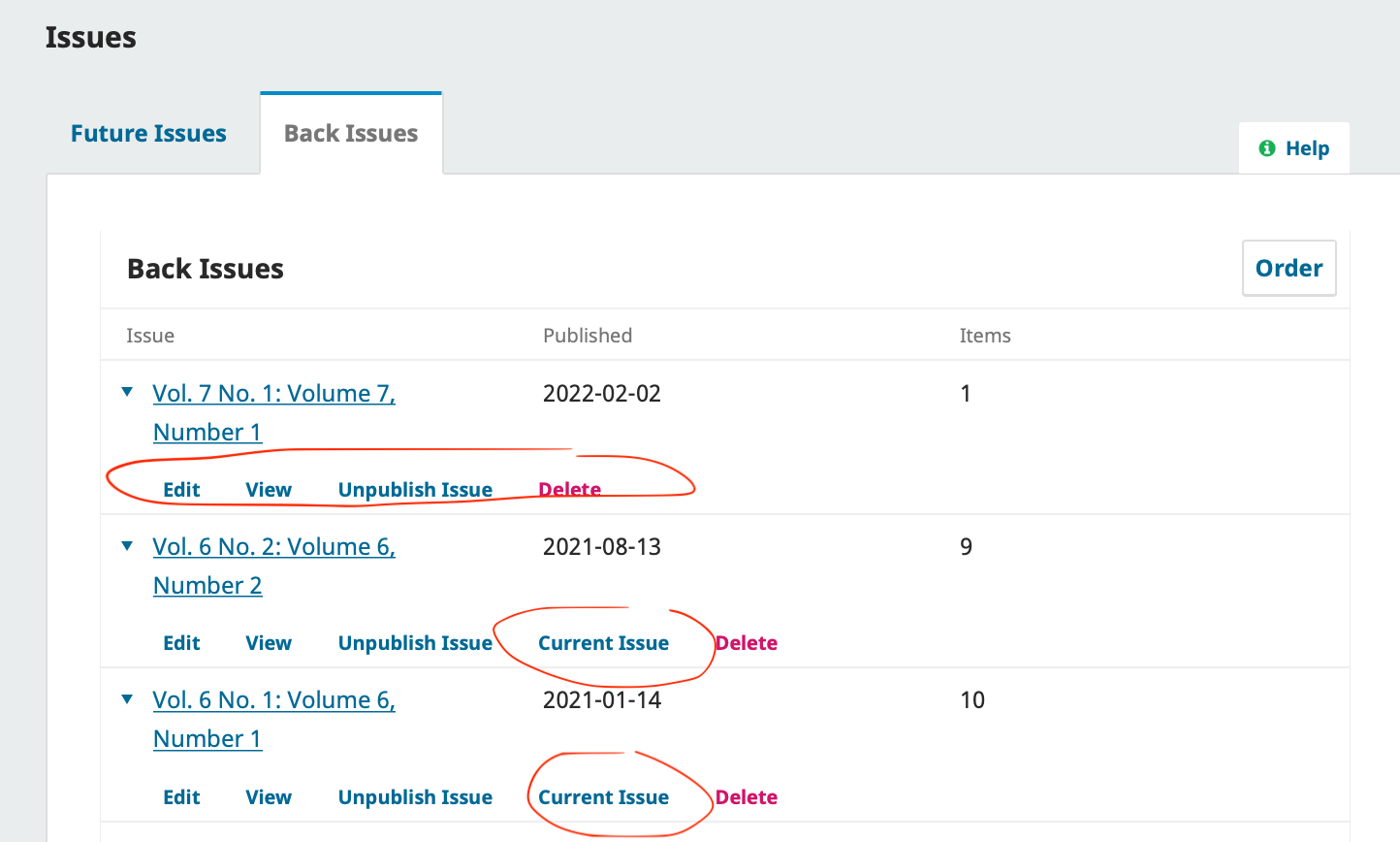 Thanks Jason! So in my “Issue management” tabs in OJS, I have the option to make previous issues a current issue except the most recent one. Is that because it is, by default, the current issue? When I publish the next issue, will it move down and populate with a “current issue” option (leaving the ability to make it a current issue if I wanted to over-ride a more recent one?)

I just wanted to make sure I was understanding this area properly. Since my link didn’t update right away, I thought maybe I missed some other way to set what the current issue was beyond it being the most recently published.

Thanks for your confirmation!!

That’s correct, when ever you publish an issue it becomes the current issue by default. That link is there if you want to change that for some reason. It’s often used when users import back issues and publish them, since in that case you’d probably want to switch the current issue back to your recent content.

This topic was automatically closed after 42 hours. New replies are no longer allowed.